Commemorating members of the South African Defence Force who gave their lives in service of their country. 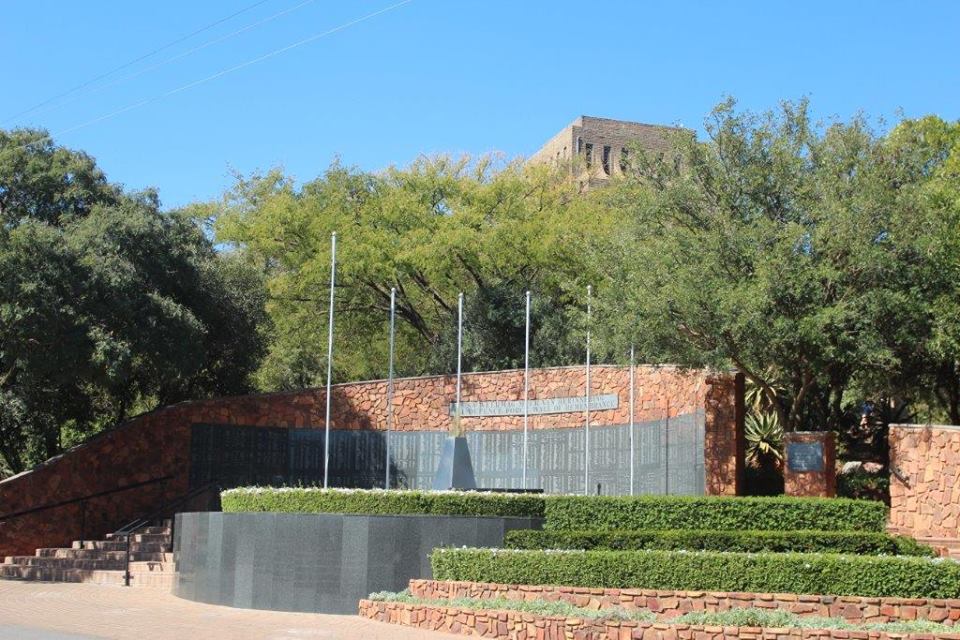 The South African Defence Force Wall of Remembrance was officially unveiled at the Voortrekker Monument on 25 October 2009.

To date, 2489 names are etched into the Wall. A further 27 names have recently been added, as a tribute to SADF members who had passed on under qualifying circumstances between 1961 - 1994.

Their ideal is our legacy - Their sacrifice our inspiration.
At the going down of the sun, and in the morning,
we will remember them.

Operation Modular – Remembrance : A humble tribute to the crew of Ratel call-sign 33.

Hello son-welcome aboard
Fill in your name and pick up your sword
We’ll go on a journey – see parts of the world
Forget about your family – forget about your girl
I’ll look after you – never fear
You go on ahead – I’ll cover your rear
I’ll show you a land so tranquil and green
See how it burns under man and machine
Watch the ground soak up the blood
As we trample the damned into the mud
See them scream as they cover their heads
Fear and pain from bullets of lead
What about your friend – oh he did his duty
Just one of many but he was only a lootie
Yes the other – he nearly lost his eye
Well at least he ain’t gonna die
Why do the men hide in the ground
Are they afraid of the clouds?
But was that just thunder I heard
Or was it the roar of a metal bird
Don’t worry son I know how you feel
You’ll get used to the mingling of flesh and steel
What now – you want to go home?
But you can’t leave me your leader all alone. 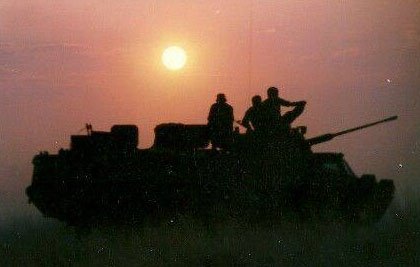 This poem was written by Lance Corporal Dion Cragg, Charlie Squadron medic, a few days after the incident on 3 October 1987 when Ratel 33 (Ratel 90) was shot out by a RUSSIAN T55 tank. 2nd Lieutenant A.H.Hind lost his life while the vehicle’s driver, Glen Woodhouse, was seriously wounded during the Battle on the Lomba when 61 Mechanised Battalion destroyed the 47th Brigade and a Battalion of main battle tanks.

Poem of remembrance written for the crew of Three Three (33) by Dion Stuart Cragg. Read by Dave Mannall at an emotional Charlie Squadron reunion and remembrance weekend 3 & 4 October 2014.

A Special Tribute and Salute to all our Ratel Brothers who in most cases, bore the brunt of the confrontations with enemy ground and armoured forces in Southern Angola. Many of these Brothers paid the ultimate price in order to achieve victory in what can only be described as one of the most hostile places on earth.