SAMVOINT dedicates itself, in grateful recognition and memory of their countrymen, the Immortal Dead of South Africa, who, at the call of Duty, made the supreme Sacrifice on the battlefields of Africa, Asia and Europe - on land, at sea and in the air.
Their ideal is our legacy
Their sacrifice our inspiration.
At the going down of the sun,
and in the morning,
we will remember them. 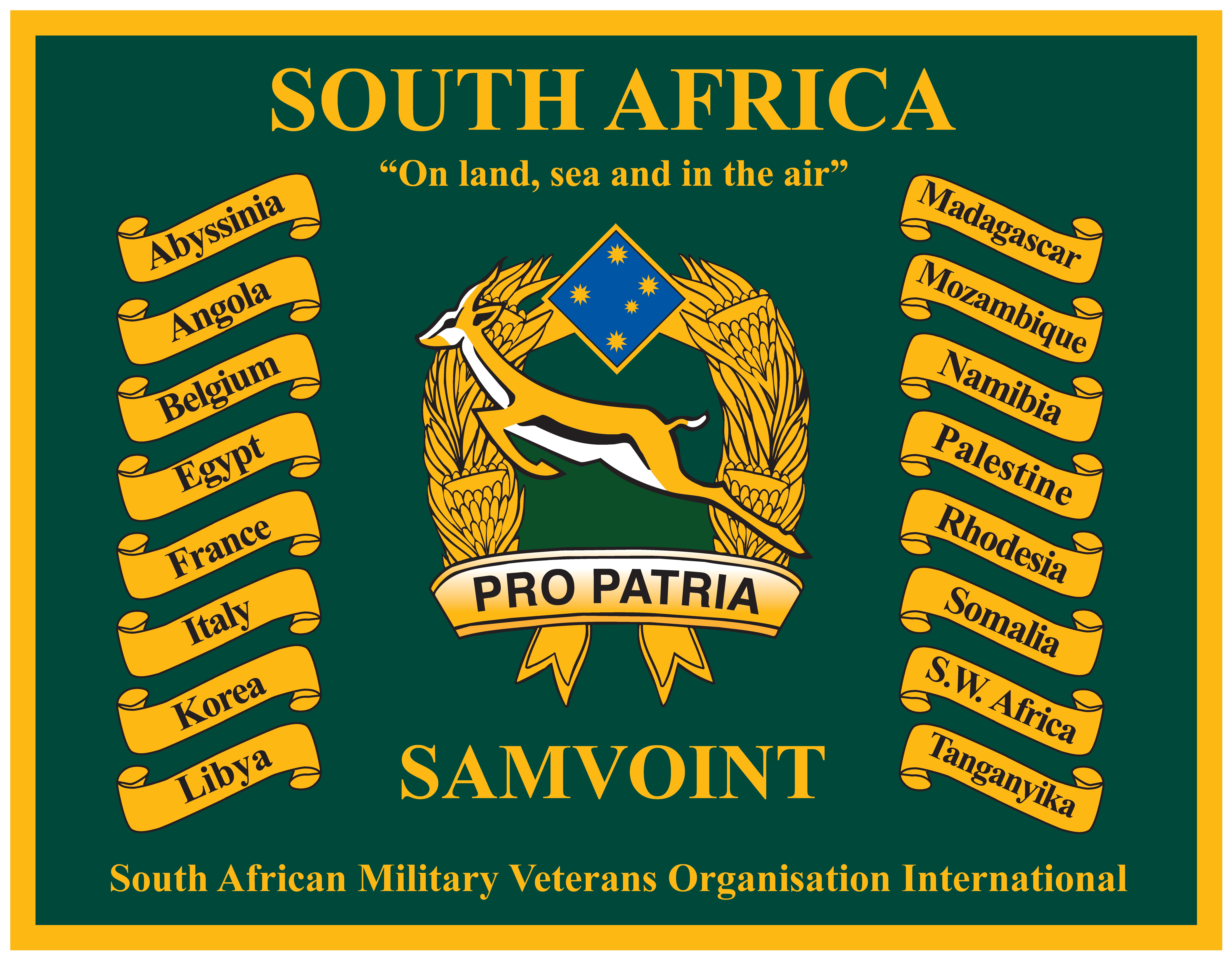 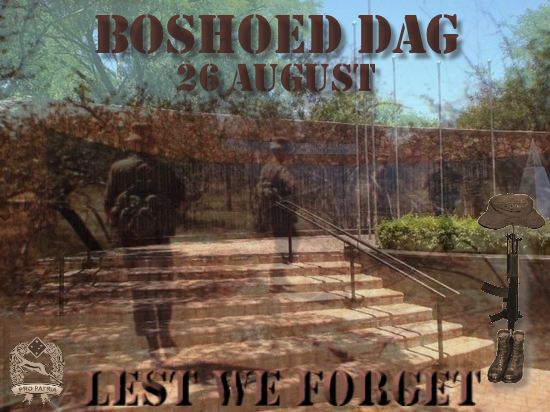 Boshoed Day is on 26 August every year

On this day in 1966, was the recognised start of the South African Border War, which lasted 23 years, 6 months, 3 weeks and 2 days.Please remember the 2,280 members of the SADF who gave their lives in service of their country . 776 of our soldiers were killed in action.

What can we do to commemorate this day?
Wear something SADF related - it can be anything from your boshoed, beret, SAMVOINT badge, corps balkie - anything.

Take a selfie and share/post photos on our Facebook page or email us to upload your snaps to the website.Create awareness of our veterans and especially to honour those who made the supreme sacrifice. 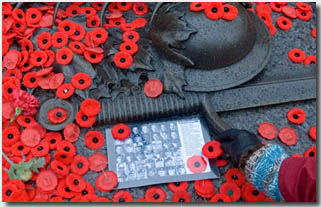 A woman places a poppy among hundreds of others alongside a makeshift memorial to the 42 Canadian soldiers killed in Afghanistan on the Tomb of the Unknown Soldier following Remembrance Day ceremonies in Ottawa Saturday, Nov. 11, 2006. (CP PHOTO/Tom Hanson) CANADA

Remembrance Day (also known as Poppy Day or Armistice Day) is a memorial day observed in Commonwealth countries since the end of World War I to remember the members of their armed forces who have died in the line of duty.
‍
Remembrance Day is observed each year on the 11th of November to recall the official end of World War I on that date in 1918; hostilities formally ended “at the 11th hour of the 11th day of the 11th month” of 1918 with the German signing of the Armistice.Over time it has become customary to remember the Fallen by observing a symbolic silence.

Not only soldiers but also civilians are honoured in this way.In South Africa one of the first instances where this tradition was honoured was at a church service in Cape Town. The city was in mourning after the publication of South Africa’s first casualty list from Word War 1 in 1916. A local businessman, Mr. J.A. Eggar, proposed that the congregation at a church service should keep a minute’s silence to honour the Fallen.

At the time it received no publicity.The famous South African author, politician and mining financier, Sir Percy Fitzpatrick, is credited with the idea of a two-minute silence. His eldest son, Major Percy Nugent George Fitzpatrick, was killed in action in Beaumitz, France, in December 1917. On 27 October 1919 Sir Percy, through Lord Milner, the former High Commissioner for South Africa, proposed to King George V that a moment of silence be observed annually on November 11, in honour of the dead of World War 1. On 17 November, King George proclaimed that ‘at the hour when Armistice came into force, the 11th hour of the 11th day of the 11th month, there may be for the brief space of two minutes a complete suspension of all our normal activities … so that in perfect stillness, the thoughts of everyone may be concentrated on reverent remembrance of the glorious dead.’The 1st minute of the silence period is in thanksgiving for those who have survived, while the second minute is to remember the Fallen.

SAMVOA veterans proudly participate in Remembrance Day services conducted across the country each year on November the 11th.

A large percentage of the population of our (or any) country don’t know of or care about Normandy.On 13th September 2013, British artist Jamie, accompanied by numerous volunteers, took to the beaches of Normandy with rakes and stencils in hand to etch 9,000 silhouettes representing fallen people into the sand.

Titled The Fallen 9000, the piece is meant as a stark visual reminder of those who died during the D-Day beach landings at Arromanches on June 6th, 1944 during WWII.The original team consisted of 60 volunteers, but as word spread nearly 500 additional local residents arrived to help with the temporary installation that lasted only a few hours before being washed away by the tide.9,000 Fallen Soldiers Etched into the Sand on Normandy Beach to Commemorate Peace Day. 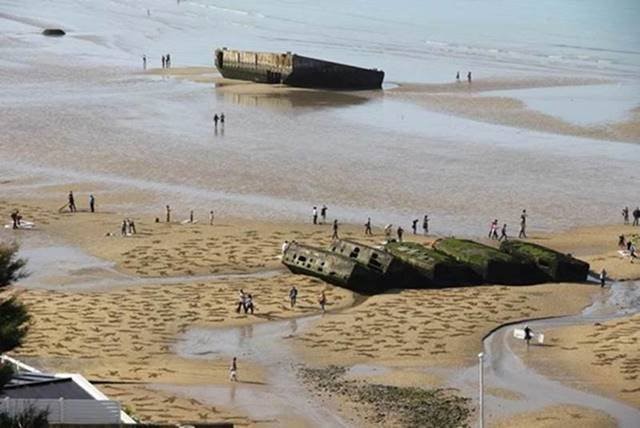 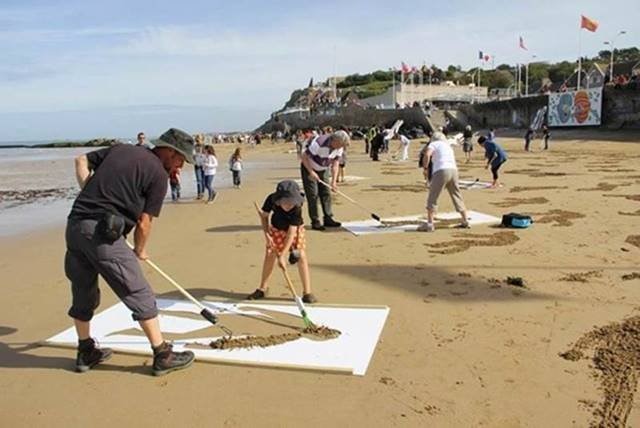 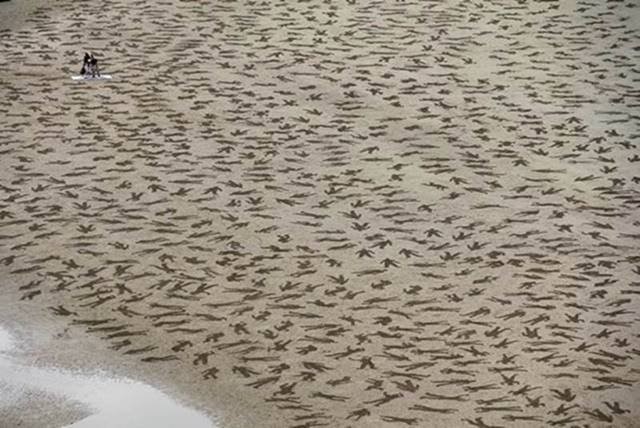 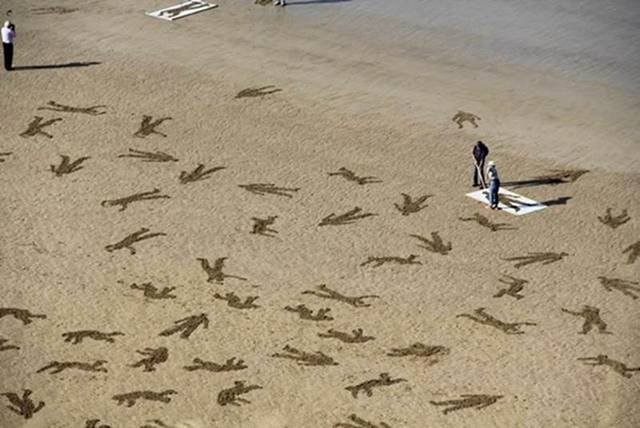